Are You Ready To Make A Bigger Impact?

Hey, I'm Trish Jones. I'm determined to help you do what you were born to do. My only question is, are you ready? 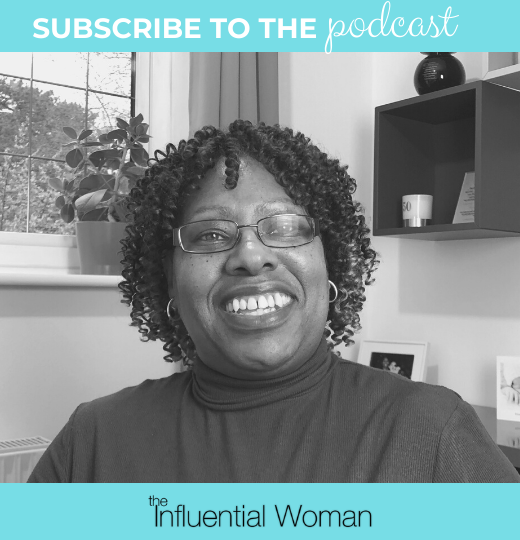 TIW 019: This Is How You Do Networking Marketing – with Vanessa Otto

TIW 019: This Is How You Do Networking Marketing – with Vanessa Otto

TIW 020: When Past and Purpose Collide – Interview With Elizabeth Simington

TIW 020: When Past and Purpose Collide – Interview With Elizabeth Simington

Do You Want To Make A Bigger Impact?

Hey, I'm Trish Jones. I'm determined to help you make a difference. My only question is, are you ready?

In an age where being an Influencer is seen as being an Instagram sensation, having clout, popularity, fame, what's the purpose of having influence in your business?

First, Let's Clarify What Influence Is Not

When it comes to the social media scene in particular, most people confuse popularity and fame with influence. But not everyone who is famous or popular has influence. In fact, some of those being idolised as influencers have a negative influence on people.

Influential people are not necessarily popular, but they are impactful.

So What Is Influence And How Can It Affect Your Business?

Influence is about legacy. It has a lasting impact even after you're gone.

This is the kind influence I want to build a movement around. The kind of influence that lives on even after I'm gone.

The kind of influence that says "if you're struggling to get your message out there and your business online, I'm your cheerleader." Basically, I'm all about  influencing the influencers.

I don't have to be pitching my products and services 24/7 but what I do need to do in order to attract people to my business, is to solve legitimate problems people have. And the more I can highlight their problem, the more they'll believe I have the solution to their problem.

The best doctors, surgeons, chiropractors don't get hired because they have celebrity status but because people believe they know their problem and they have a solution to fix the problem.

I'd rather be a problem fixer than public recognition by the mass media any day.

And we've seen how the world treats their celebrities... they'll lift you up so long as you're singing from their hymn sheet, but change the song to one they don't like and they'll make you irrelevant over night.

Ain't giving anyone that kind of power!

Stop Giving Away Your Power!

Maybe I'm contrary, but it feels to me that after women (and I'm generalising here) felt they failed at "competing in a man's world" - which if you know me, you know I believe this "man's world" thing is a big lie - we all moved instead to wanting "Kardashian style influence."

I'm not a Kardashian fan, but you won't hear me bashing them, because someone likes what they do. However, in order to be an influence and make an impact, no one should feel as though they have to "be" like anyone except themselves.

Well, I'm not a celebrity so I'm getting out of here! 😁

The celebrity trap that is... though I was never in it to be fair.

I do however, understand from my daughter, Elodie, that being an Influencer brings with it a lot of negative connotations these days. That's not to say that all Influencers are bad, but I believe influence is also about intention...

And What About The Pressure?

If you know you have a message and you need to get that message out to the masses, yes, you absolutely want people to watch you, listen to you or read your content. But the minute your focus switches to "celebrity status" now all of a sudden you become the perfectionist! And you forget your big WHY!

Your makeup has to be professional, your video quality, audio, what you wear, background, etc... perfect!

Now don't get me wrong, I'm not suggesting you ignore those things, but I will repeat myself like a broken record...

since covid, I've seen the rise of what I've termed "the raw YouTuber," and they have more visibility and credibility than video creators who have been on YouTube for years.

More often than not, their equipment consists of one thing... their smartphone!

Some use an external microphone but in their early days of video creation, many didn't even have that.

But they were consistent.

Awkward initially, but just not holding back.

A change of angle or a different room to record the video brought more personalisation and a change or scenery without breaking the bank!

This is by no means the last time I'm going to talk about influence - after all, this is The Influential Woman podcast, but honestly, set your intentions, be sincere in serving and you won't need celebrity status to make an impact.

Being fulfilled and doing what you were born to do will bring you much more happiness than being followed everywhere you go because you gained mass media attention.

That's it for today. Go influence and keep the dream alive.

Trish Jones is the author of Unleash The Hidden Power of Your Voice and an advocate for women, equipping and empowering them to rise up and take their place of influence in life and business, doing what they were born to do.

Get the Influential Woman PinkPrint

This framework shows you how to make an impact with your message.